NAMPO: Talking to farmers about reducing the cost of the food crisis – John Steenhuisen – POLITICS

NAMPO: Talking to farmers about reducing the cost of the food crisis – John Steenhuisen

NAMPO 2022: Talking to farmers about tackling the cost of the food crisis in South Africa

Today I will be attending the NAMPO Agriculture Show in Bredasdorp in the Overberg District of the Western Cape, where I will engage with farmers and other industry players on the evolving cost of the food crisis in South Africa. See the pictures here, here and here.

This important exhibition and discussion forum, organized by the National Maize Producers Organization (NAMPO) and Grain SA, is the place for the exchange of ideas and innovations in the agricultural sector and can play a central role in our nation’s efforts to maintain food security.

What has become clear is that the national government has no plan to protect vulnerable South Africans from spiraling food price inflation, and if we are to be successful in tackling this crisis, many solutions will have to come from elsewhere. Fortunately, our country has long taken a whole-of-society approach to solving our many problems, and the agricultural sector is no exception.

Recent studies have revealed that the cost of South Africa’s food crisis is far greater than the government suggests, and is taking a heavy toll on millions of poor South Africans. 81% of households skip at least one daily meal and 41% say they can no longer feed their family. One of the most shocking statistics revealed is that stunting and wasting in children now affects 27% of children under 5 years old. In an upper middle income country like South Africa, this figure is unacceptable.

Daily hunger and malnutrition also impact schoolchildren’s ability to concentrate and learn, as well as lead to diet-related illnesses and impaired brain development in adolescents, not to mention the risk of starvation. And in this pressure cooker situation, there is also the greatly increased risk of social instability and riots that would lead to further damage to infrastructure, business closures, divestments, job losses, flight of skills, loss of tax revenue and disruption of service delivery.

Nine days ago, the DA sent President Ramaphosa a plan consisting of five interventions that will provide immediate relief to the cost of the food crisis. We presented this plan to him in time for his Finance Minister, Enoch Godongwana, to include these interventions in his Medium Term Fiscal Policy Statement (MTBPS) in October, as this would be the perfect opportunity to address the issue in a significant and immediate. .

These five actions are:

1. Reduce fuel taxes and levies to lower the cost of transportation

This would have the dual impact of reducing transport costs for people, allowing them to allocate more of the household budget to food, as well as reducing input costs for food producers. The DA is calling on the ANC to support its private member’s bill to deregulate fuel prices and reduce fuel taxes in the next adjusted budget.

It is inexcusable for the government to take 50 million rand from the people of South Africa and use it to provide food aid to Cuba while people here at home are starving, and denounces a government deeply out of touch with the suffering of its own citizens. This is a cost-free intervention that should be performed immediately.

The government should expand the list of zero-rated food items to include more items commonly purchased by the bottom 50% of households, such as bone-in chicken, beef, canned beans, wheat flour, margarine, peanut butter, baby food, tea, coffee, soup powder. Changes may be made to the MTBPS. In particular, we call on the government to zero-rate bone-in chicken and other categories of chicken commonly purchased by low-income households.

Reducing import tariffs on pasta and certain categories of chicken – earlier than the MTBPS – will bring immediate relief. The tax impact will be negligible, but the impact on poor households will be significant.

5. Provide private title to all land reform beneficiaries on state lands and landowners in communal areas

This is a longer term solution that will dramatically increase food production and improve food security while reducing the cost of food. It will also significantly increase our country’s tax revenue. The government should transfer full ownership of the state title to all beneficiaries of land reform, and it should survey and register all land rights to trust/commons land, and transfer title to all who wish (explicitly including women).

These five interventions will bring much-needed – and immediate – relief to South Africans struggling to feed their families even one meal a day. President Ramaphosa and Minister Godongwana have ample time to consider their inclusion in next month’s MTBPS, and they will have no better opportunity to make a meaningful impact.

But outside of the national government, we must continue to seek more solutions to the cost of the food crisis. Many of these solutions are already being implemented by DA governments, such as the nearly 500,000 school children who are fed daily by the Western Cape Department of Education (WCED) through feeding programs school, the 25,000 children who are fed by WCED through after-school activities and youth development programs and the 571 vegetable gardens that WCED has helped establish.

And it’s at forums like NAMPO, where our country’s innovative and engaged farming community comes together to share ideas, that some of the most effective solutions will surface. I look forward to meeting these farmers today and discussing how our whole country can meet this challenge head on.

Posted by John Steenhuisen, leader of the Democratic Alliance, September 17, 2022 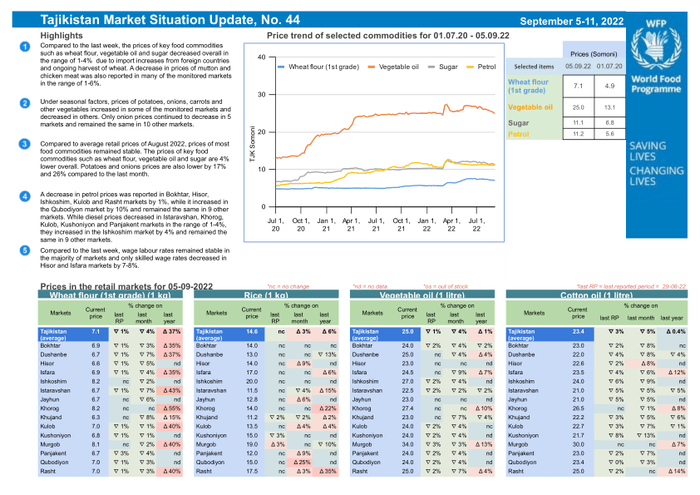