How to Plan a Do-It-Yourself Trip to Alaska 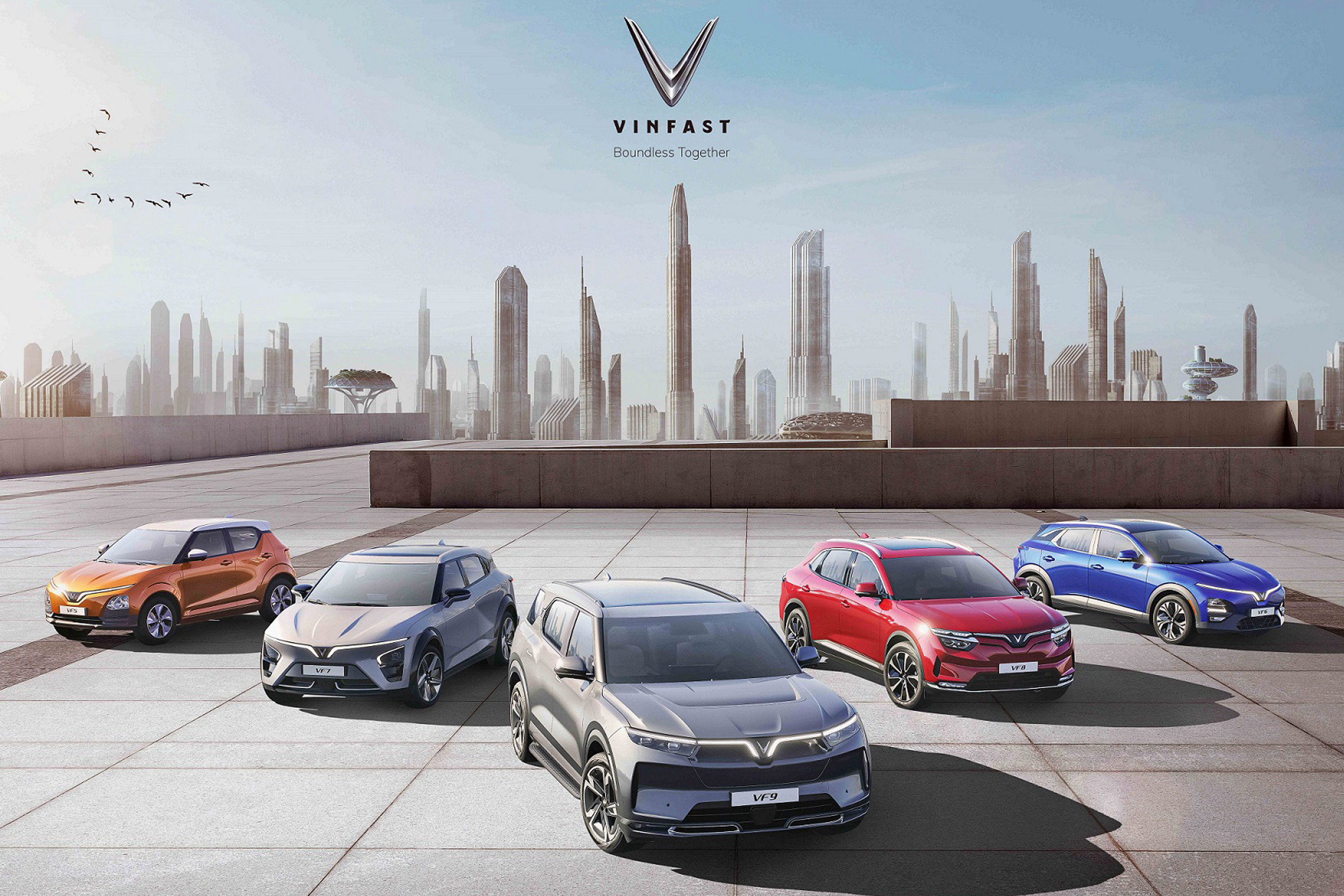 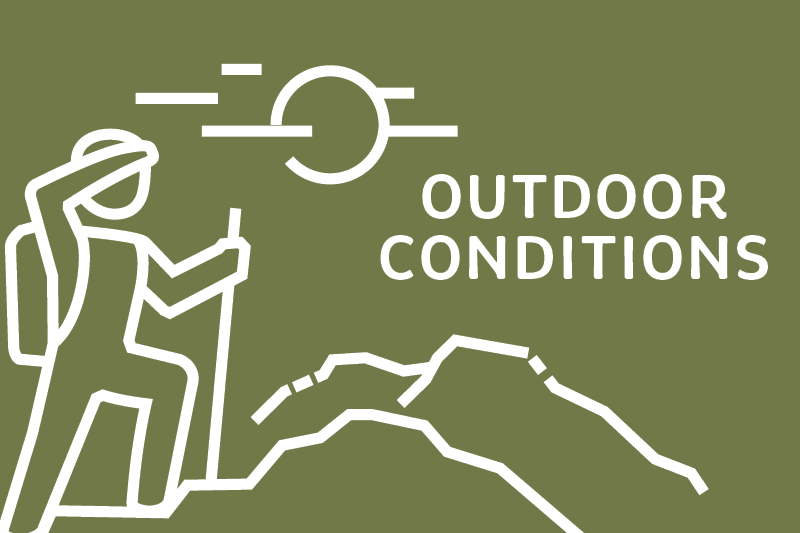 Alaska ticks all the boxes for safe travel from COVID, with large spaces for easy social distancing, a sense of true escape, and the assurance of traveling within the country.

But this summer, like last summer, travelers have likely lost a convenient and affordable way to explore Alaska: the Big Cruise Ship. Although legal challenges are ongoing, the closure of Canadian ports until February 2022 risks depriving travelers of cruises that often start at around $ 100 per person per day.

The lack of large ships is a blow to the state’s tourism industry, which in a normal year receives 60% of its summer visitors via cruises. But for travelers, it’s a chance to see Alaska by land without the cruising crowds. (Cruising on U.S.-flagged ships carrying up to 250 people is permitted, but small ship options tend to be scarce and expensive.)

Alaska presents two distinct hurdles for independent travelers: how to plan a trip to a state the size of Texas, California, and Montana combined; and how to do it inexpensively.

One way to save is to travel during shoulder season, in May or September. Or wait until next year; Holland America Line sells seven-day Alaska crossings in 2022 from Seattle starting at around $ 750 per person. Here are some other strategies designed to help save you money, time, and frustration.

Most travelers now jamming the phones at Alaska Tour & Travel, an Anchorage-based travel agency, have seven days left on their trip.

“As a general rule, our recommendation is to stay as long as possible as it takes time to get around here,” said Richenda Sandlin-Tymitz, head of marketing and company content. “With seven days, we like to focus on two major destinations.

Landing in Anchorage, this could be Denali National Park to the north for the mountains and Seward to the south for coastal wildlife and fjords. She called 10 days the “perfect spot” for an Alaskan vacation, allowing travelers to add a detour to more remote places like Valdez on Price William Sound or Homer on the tip of the Kenai Peninsula.

“You have to focus more when you come to Alaska,” said Lisa Maloney, author of the “Moon Alaska” guide. “One of the biggest surprises people have is that you can’t get from point A to point B without driving six to eight hours or hopping on a jet plane or taking a three-day ferry.”

Many travel planners recommend starting with a splurge or two – things you don’t want to miss – like bear watching, plane trips, or glacier tours, which helps narrow down your choice of destinations.

“Observation from the air is the best way to get a feel for the scale of Alaska,” said Sandlin-Tymitz, who estimates that a 90-minute trip from Talkeetna to the Alaska Range costs about $ 330.

Considering the upheavals in the travel industry, you better look for packages today. Bear watching at the famous Pack Creek Brown Bear Viewing Area on Admiralty Island near Juneau with Above & Beyond Alaska includes seaplane flights, guided kayaking to the reserve, and a hike to ‘to the observation area, an eight-hour excursion for $ 849. The company also offers a three-day adventure package that includes trips to Mendenhall Glacier, a whale-watching boat trip, and bear watching for around $ 1,200, saving 20% ​​with the package.

The total number of seats available is roughly equal to those available in the summer of 2019, before the pandemic, but without the roughly one million cruise passengers entering or leaving the state, according to Scott Habberstad, director of sales and marketing. community in Alaska for Alaska Airlines.

“There are about 400,000 seats that we need to fill with independent travelers,” Habberstad said, referring to all carriers serving the state. “With the same number of seats and less demand, when that dynamic is in play, you usually get great deals,” such as a $ 150 one-way ticket from New York to Anchorage on Alaska Airlines.

Airline ticket prices, of course, can change every day. Travel research site Skyscanner said round-trip fares found on the site in April for domestic flights averaged $ 378 in June, $ 457 in July and $ 393 in August.

“Unlike the cities of Hawaii, Florida and the Caribbean, where flight prices are up from 2019, flight prices to Alaska are still trending down, about 8% below levels. of 2019, “said Matt Clarke, the travel agency’s vice president of North American marketing. Kayak search engine.

For those who want to go on the water, Alaska ferries offer a very basic version of a do-it-yourself cruise. (Travelers can also reach the Last Frontier via the Alaska Marine Highway System on a 38-hour trip from Bellingham, Wash. To Ketchikan, Alaska, recently priced at $ 359 per person in early June and $ 1,635 with a standard size car.)

Due to pandemic capacity constraints, currently around 70%, and budget shortfalls, the system will only operate six of its 10 vessels, impacting the schedules of more than 30 coastal communities from Bellingham in Dutch Harbor in the Aleutian Islands.

This means that if you arrive in Ketchikan and want to spend some time before continuing, you will probably wait a week for the next ferry to the north. Or you can fly to Juneau after a few days (about $ 150 one way on Alaska Airlines in early June), then take the ferry to Haines or Skagway (from Juneau to Haines, a 3.5-hour ferry trip, a recently was $ 58 in early June).

Of the many modes of ground transportation in Alaska, domestic flights are convenient, trains are scenic, buses are a good deal, and driving may be more economical for a group, according to trip planners.

If you are arriving by plane in Anchorage or Fairbanks, you will find yourself in what is known as Alaska’s “rail belt”, served by the Alaska Railroad, which also connects southern Anchorage to Seward. Travelers can upgrade to dome-shaped cars for better viewing to Seward on the Railroad’s GoldStar service ($ 224 one way from Anchorage in early June, compared to $ 113 in regular cars) or to Denali with the private Wilderness service. Express ($ 249 from Anchorage, compared to $ 176).

A Park Connection bus between Denali and Anchorage costs $ 100 one way in summer.

Like other parts of the country, Alaska is experiencing a rental car crisis as demand exceeds supply, resulting in higher rates, almost double statewide from 2019, according to Kayak .

“All over the US we’re seeing high car rental prices, but it can always be cheaper than combining train and coach combinations, especially if you’re more than two travelers,” Anna said. Harrison, owner of Travel agency. Sightings in Pittsburgh.

Rental cars, however, are hard to come by this summer. Clicking on the Avis Alaska site for a rental car recently, I couldn’t find a weeklong rental, a compact for $ 473, until the end of August. Travel experts caution against one-way car rentals, which are more expensive than round trips.

Two other ways to save are to settle in Anchorage, which has a range of accommodations, and take day trips, or rent a car, RV or RV and camping.

“Anchorage is a great base for those who are short on time and don’t like to move around every night,” said Harrison, noting that travelers looking to use loyalty points or miles are more likely to be able to do so in the city.

The Visit Anchorage tourist office has a number of suggested itineraries for travelers settling there, where accommodations range from hostels to vacation rentals.

If you’re ready to leave the big city, bundle transport and shelter in an RV. Great Alaskan Holidays offers RVs starting at around $ 210 a night for a week in early June.

Alaska also has many affordable public-use cabins operated by state parks and federal agencies (availability depends on property, but there are plenty of openings throughout the summer). The US Forest Service, for example, offers cabin rentals in the Tongass and Chugach National Forests. In some cases, you may need to arrange seaplane transportation, but accommodations are sturdy and rates are often low, including $ 60 a night at Wilson View Cabin on a lake near Ketchikan. (Taquan Air rates this charter flight at $ 1,850 for four people.)

Get off the beaten track

Alaska can be a must-see destination for many. But here’s a radical approach: don’t try to do everything. Travel with less ambition and spend more time in a more remote city like Homer or Valdez, places with a lot of external appeal and relatively affordable price.

Valdez is “the mecca of independent travelers,” said Colleen Stephens, president of Stan Stephens Glacier & Wildlife Cruises in Valdez. The influx of independent travelers this year is somewhat reduced by the border closure with Canada – Valdez is a popular motorhome destination that requires crossing Canada from the lower 48 states – but, did- she added, “at least this year we are able to open the doors and operate.

Cruises on ships up to 90 feet with many open decks cost $ 140 for a six-hour itinerary and $ 170 for an eight-hour tour, with both cruises visiting glaciers in the area and looking for sea otters, whales and puffins on the way.

Among the affordable lodging options in Valdez, Eagle’s Rest RV Park offers cabins starting at $ 145 and, new this summer, glamping tents starting at $ 85.

Airbnb may be a good money-saving alternative in some communities, but some listings may be “dry” or without running water, in which case, Maloney said, you’ll be using an outhouse, which is part of the quintessential. Alaska. live.